Paris, the most visited city on earth and a short ride from London with the awesome Eurostar.

Living in London is indeed the center of the world, it takes 2 hours with Eurostar trains to reach Paris from here and that’s was the plan.

This wasn’t my first visit and of course as i had a chance to be there in September for work, i wanted to come back for leisure and take a look at this amazing historical capital, where history, fashion and good food get all together in a melting pot.

We stayed at  The Hoxton Paris a mind blowing hotel in its beauty, location and most of all those rooms with high ceiling and massive windows, colors to die for and their popular squared sheets, it is a mesmerizing property.

I had the chance to go down the road for breakfast to the super cool Frenchie to go a small breakfast open all day food concept restaurant that serves amazing egg benedicts.

On a morning walking in a cold Parisien today, we headed to the popular Montmatre Sacre-Coeur Basilica overlooking Paris and what a spot to start your day and see the city from a high viewpoint.

Strolling the streets of Paris, you get to see diversity and a certain vibe different from London, the most amazing experience was the Opera of Paris. The glory and details of that place drove me insane, we took some amazing photos and spent hours strolling that building, you can visit it for 8€ entrance fee ( don’t believe the Musee d’Orsay sign that says that with their tickets its free , there is no free stuff in France, you still have to pay )

Some places that we visited were :

La Sainte Chapelle that is an amazing treasure and beauty, The Musee d’Orsay and Lafayette gallery where i got to taste some great macarons and eclairs, oh they are still melting in my mouth.

Walking by the Arc Du triomphe we found a little gem of a Lebanese restaurant that served delicious Lebanese food and a cup of mint tea to warm us in the cold. The service was great at the Brasserie Nai.

On one of the days, i had to go and revisit the Catacombs of Paris, ( buy your tickets online ahead you will save a long queuing time ) a place that reminds you to appreciate life and live each moment. True that the Catacombs are a sign of how death is just around the corner and that we all will end up one day back to where we came from, the ground.

Paris was a superb little city escape, i loved it as always. Merci Paris! 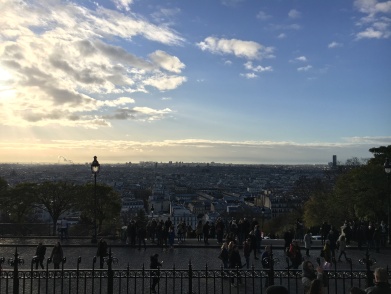 View from the Sacre Coeur. 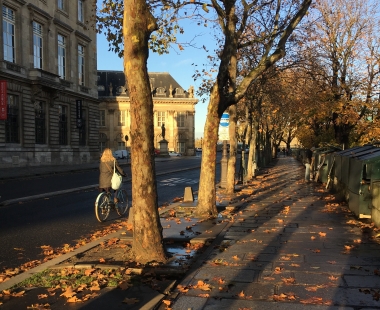 Sunny but cold streets of Paris, strolling by the Seine 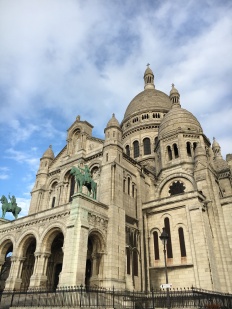 The locks of Love can be found everywhere in the city of love.

At the Centre Pompidou.

Frenchie to go a perfect spot for breakfast

Catacombs of Paris, welcome to city of the dead.

Walking by the Seine river. 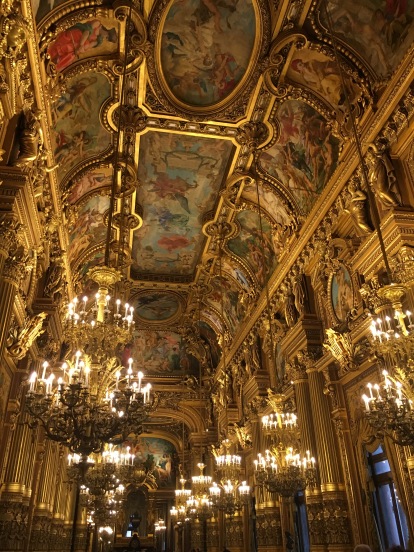 Magical Opera of Paris. The details, the golden colours were mind blowing. 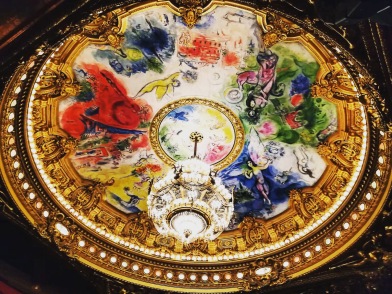 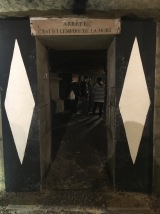 Ici, the Empire of death.

Eclairs ❤ to die for at La Fayette

This site uses Akismet to reduce spam. Learn how your comment data is processed. 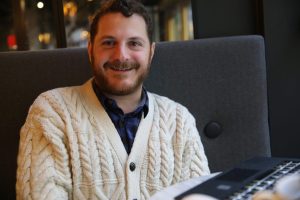 “As long as you’ve got passion,you can have everything you want in this world.”

Originally from Lebanon, moved to Helsinki in 2006 and somehow ended up in London by 2017.

In this blog, i write mostly about lifestyle, travel, food and my many homes and roots.

Follow me and discover about my travel experiences arund the world.

I will write about, Lebanon where i lived my youth and a long period of civil war and instability but also great times of my life and Finland which i fell in love and  turned perfectionist Scandinavian loving Nature, and now to London where life took me recently on a new journey.

Welcome to the blog!